What is Lymphedema and Does it Cause Weight Gain? 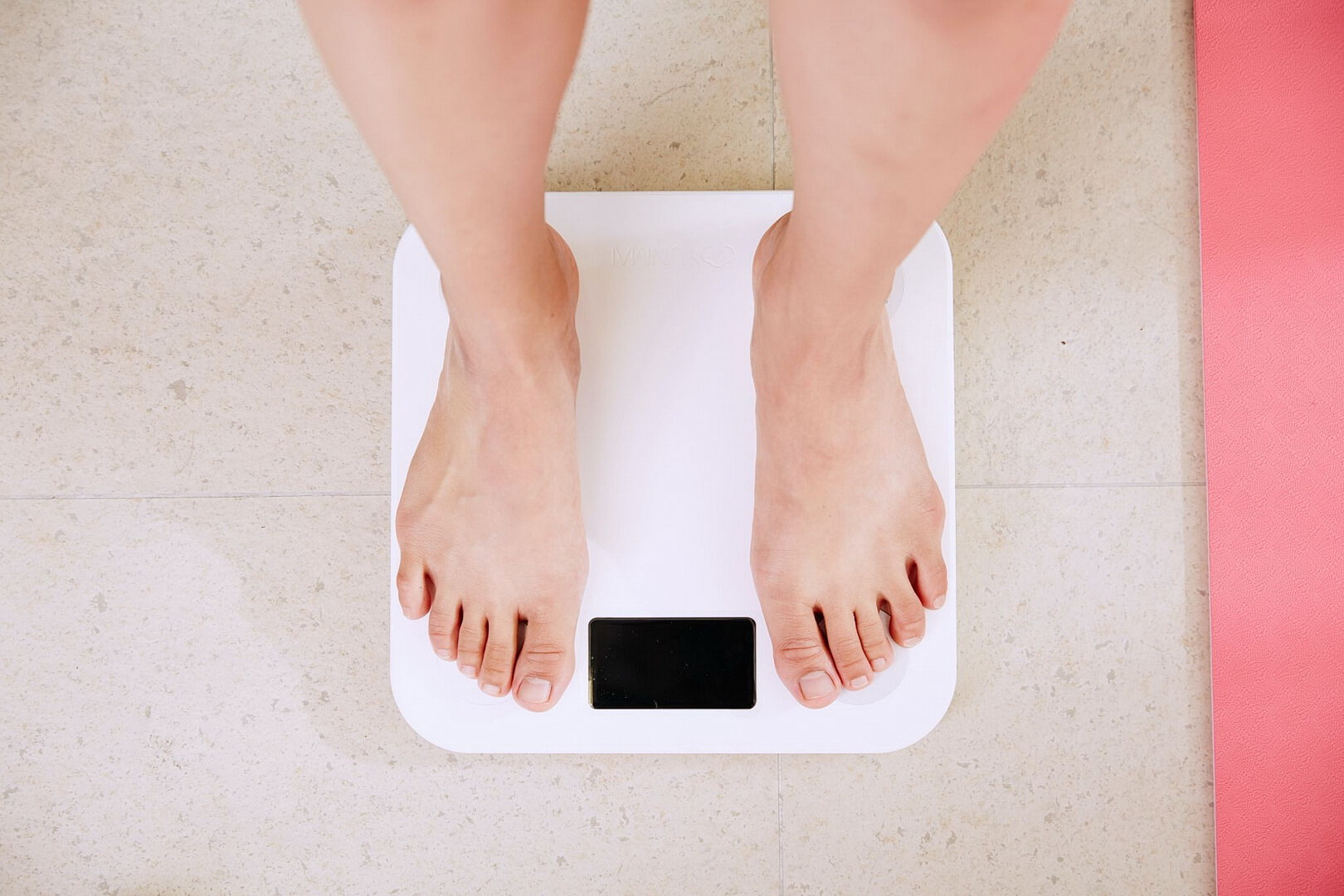 The connection between obesity and lymphedema is common knowledge to most people, but there is limited information when it comes to the reverse.  So, can lymphedema cause weight gain? This remains one of the most popular questions, with very few sources having the right answer.

Lymphedema can indeed encourage the body to retain more fat, resulting in weight gain that happens slowly. The fluid that accumulates on the lymphedematous limb can cause overall weight gain. The process is usually gradual and may be difficult to notice within a short duration.

However, lymphedema treatment is usually effective in weight loss. Even though a lymphedema cure is still not available, management measures can reduce the collected fat. Getting physiotherapy in Ajax is a good place to start.

Lymphedema is a type of swelling that appears on various parts of the body, such as arms when excess fluid causes a lymphatic obstruction that results in swelling. The fatty tissues under the skin become filled with lymph fluid, resulting in edema and, sometimes, discomfort. Other parts of the body where the symptoms may occur include the neck, genitals, and abdomen.

The lymphatic system plays a big role in the functionality of the immune system. As such, lymphedema can cause more problems depending on its severity. It is also a chronic condition that does not have a cure but can prevent the symptoms from getting worse.

What causes lymphedema differs depending on how the condition is classified. Primary lymphedema is usually caused by gene mutations that interfere with the development of the lymphatic system and hinder proper drainage of the fluid. At the same time, secondary lymphedema can be caused by several factors such as:

Cancer treatment: Both surgery and radiotherapy have the potential of causing lymphedema. When cancer spreads through the body through the lymphatic system, one of the treatment options is to remove the lymph nodes to keep cancer from spreading. During the process, the lymphatic system may be damaged, resulting in lymphedema. Using radiation to damage the cancer tissues can also have similar results, especially when the nearby healthy tissues are affected.

Cardiovascular conditions: Such diseases directly affect the blood flow, which increases the possibility of lymphedema developing. Varicose veins, deep vein thrombosis, and venous leg ulcers are some of those conditions.

Obesity: The adipose tissue protects the body from cold and contributes to other bodily functions, including energy metabolism. However, high levels of fat can cause more pressure on the vascular tissues. As a result, the lymphatic system will have to strain to drain excess fluid left by the veins to prevent inflammation. The lymphatic system will maintain normal fluid balance for a short period until it becomes overwhelmed, resulting in obesity-related lymphedema. Similarly, it is possible for lymphedema to cause weight gain by encouraging the development of adipose tissue.

Lymphedema symptoms appear when the lymphatic system does not drain excess fluid in the body tissues, help the body to fight infections, or absorb lipids from the stomach to the bloodstream as it should. If unidentified, it can result in worse symptoms such as intense chronic swelling that causes more damage to the body.

Some of the signs to look out for include:

The more lymphedema advances through the stages, the more problems it can cause.

Stage 0: During the initial stage, the affected part will feel heavy or tighter without visible inflammation.

Stage 1: The affected part will start swelling with increased stiffness, but the symptoms will reduce when they are elevated for the arms or legs.

Stage 2: The swelling will increase and remain the same even when the arm or leg is raised. There will also be hardening at the site with visible increased size.

Stage 3: The inflammation will be bigger than it was at the previous stage. The severity of the swelling can increase to a point where the arm or leg becomes too painful to lift or move. The skin on the area may also thicken and dry up or form blisters. In some cases, fluid will leak through. The third stage also comes with an increased risk of infections.

If lymphedema is left unmanaged, it will continue to progress over time and cause more inflammation. The late-stage can also have skin hardening because of adipose tissue accumulation or fibrosis, which happens when abnormal stem cell behaviour occurs. Unlike the first two stages that can be reversed, the last two may not respond to treatment.

Does Reduced Lymphatic Drainage Encourage the Body to Store Fat?

Advanced lymphedema can cause adipose tissues to collect at a specific location, and in some cases, fibrosis. However, the question about whether less advanced lymphedema can have the same effects remains. According to some research in the International Journal of Obesity, it is possible for those suffering from drainage deficiencies in the lymphatic system to experience changes in the fat metabolism process even if there is no visible swelling.

The research was done on different groups of premenopausal women, one with regular lymphatic drainage and the other with abnormal drainage. The lymphatic activity was measured by lymphoscintigraphy, and the fat levels on both groups were the same. The research subjects did not have pre-existing conditions such as cancer, diabetes, cardiovascular issues, obesity, or metabolic problems. The group with worse lymphatic drainage did not show signs of lymphedema, and they had the same volume in the lower limbs as the other group. The selection indicates that women with lipedema or stage 2 or 3 lymphedema did not participate.

The behaviour of adipose tissue on both groups was monitored, with one being stimulated with adrenaline to encourage the breakdown of fat into energy. The focus was on the fat on the upper leg, and the adrenaline-induced results were compared to behaviour when they were at rest.

The result showed that the group with worsened lymphatic showed a lower lipolytic receptivity and reduced vivo lipolytic index. This means that the group of participants that had abnormal lymphatic drainage had fat stores that did not break down easily. In contrast, the other group had fat that easily turned into energy with stimulation.

This research proved that the inability of adipose tissue to convert stored fat into energy, even under-stimulation, can be used to indicate potential weight gain in women. It also supports the idea that lymphedema can result in weight gain by encouraging the storage of fat. The researchers went further to hypothesize that lower lymphatic drainage in a specific part of the body can make that part more resistant to weight loss efforts, as was the case with fat deposits in the lower body of the test participants.

Lymphedema Treatment You Need to Pay Attention To

Reduced lymphatic drainage affects interstitial fluid, which in turn causes adipose tissues to resist breaking down fat deposits into energy. This happens even without overt inflammation being visible.

In most cases, this is the first indication that the metabolism is slowing down and lymphatic drainage is reducing, but it is not usually the first problem. People with lipedema tend to have more fat deposits on the lower part of the body, which may be accompanied by poor microcirculation. One of the possible solutions is a mechanical massage that will break down stubborn fats and increase microcirculation.

Another great way to manage the symptoms is by taking weight loss measures to reduce distortion of lymph vessels to enable them to handle the fluids in the adipose tissue. If not obese yet, manage the body weight to prevent the excessive increase.

It is important to remember that the lymphatic drainage can weaken even without swelling being visible. The tissue changes can end up causing fat storage. Understanding this concept can help you find the right measures to curb uncontrolled inflammation, such as self-massage.

Although a lymphedema cure does not exist, these measures can help in the management of the condition. Having skincare routines to reduce infections, going for multilayer lymphedema bandaging, and doing remedial exercises can also help. They are components of Complex Decongestive Therapy, which involves daily training and treatment that eventually enables patients to handle the management themselves. Surgery is also an option, but non-surgical results are much better unless a non-invasive option like liposuction is used.

Does Lymphedema Cause Weight Gain?

Some of the ways lymphedema can affect you include:

All these can result in progressive weight gain that ends up being difficult to reduce. If you need professional help with the management of the condition, reach out to CP Health. We take pride in helping our patients achieve their full-body potential to live quality and enjoyable lifestyles.