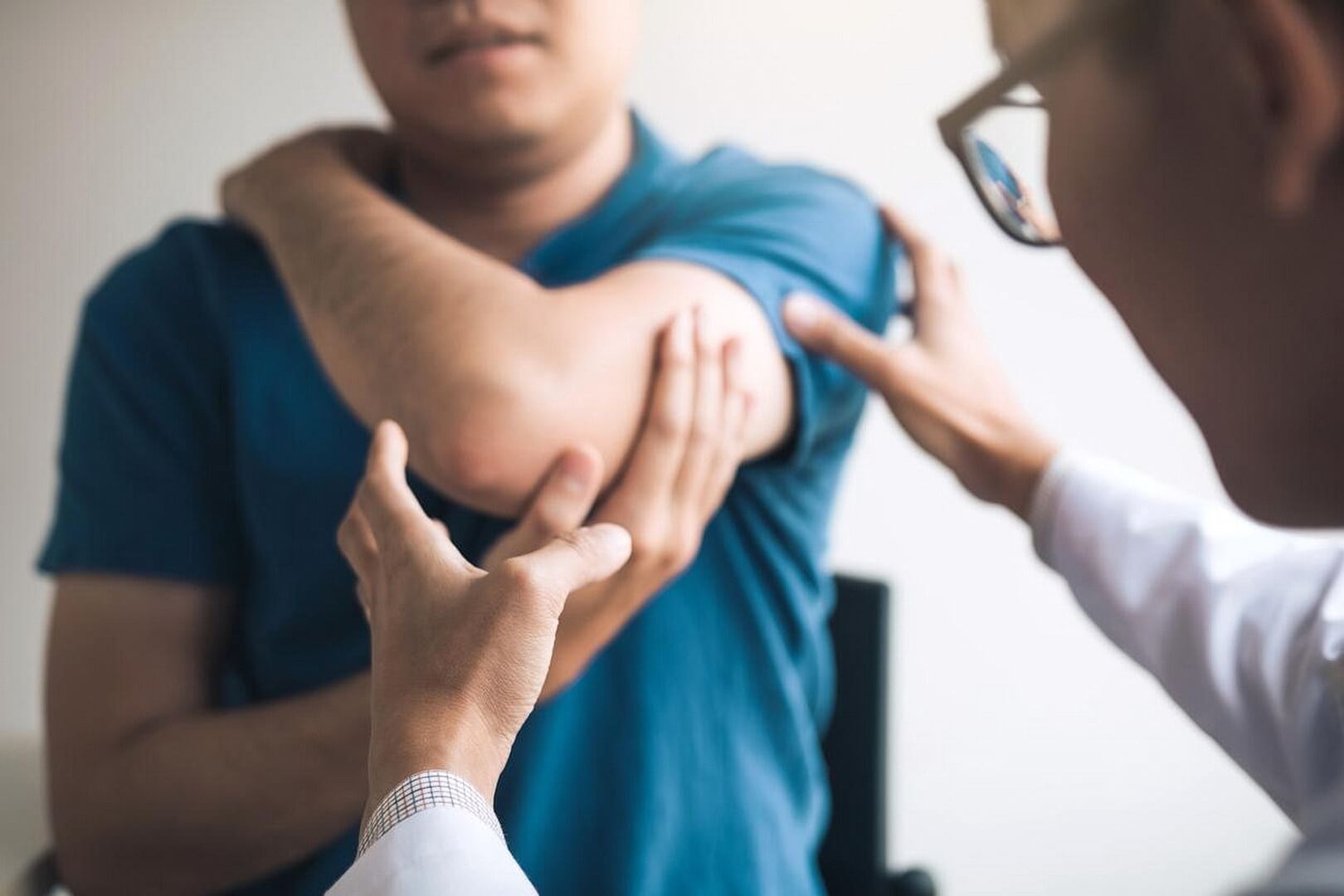 Elbow dislocation is usually a result of the three bones in that part being forced out of their positions. Known as radius, ulna, and humerus, these three bones are the main components in the elbow region. Their dislocation is most common in children, and it is the second most popular injury to occur in adults.

In most cases, the injury occurs when the forearm bones, which are the ulna and radius, move out of place, leaving the upper arm bone intact. Such injuries can end up causing breakage of the bones, damage to the arteries in the arm, and nerve damage. There can be excess bleeding, impaired movement, and numbness in the arms. Common signs are extreme pain after the injury, inability to straighten or bend the arm, and visible deformation.

Depending on the level of injury, elbow dislocation can be repaired non-surgically or through physiotherapy in Ajax. It is paramount that you do not attempt the process on your own, especially when you are not sure about the extent of the injuries. Seek help from professionals who will determine the best action based on the signs and symptoms you are exhibiting.

Trauma or injury are the most common causes of elbow dislocation. For instance, falling with the arm stretched out, whether it is due to slipping on ice, playing football, or cycling, can result in the elbow joints moving out of place. Trauma caused by sudden impact, such as during an accident, can lead to the same outcome.

Some of the common signs of elbow dislocation include:

Seek medical assistance to ascertain the level of damage and the best care.

How Physiotherapy or Chiropractor in Ajax Help With Elbow Dislocation?

If the elbow dislocation causes fracturing, shattered arteries, or nerve damage, you will most likely undergo surgery.

In cases where surgery is not necessary, the affected joint will be put back in place and given enough time for the ligaments to realign. A splint is often used for support for at least 7 days to allow the area to heal. The process is handled by physiotherapists or chiropractors and should be done as soon as possible. The longer you wait to seek help, the more the joints remain immobilized and the stiffer they become. They will end up needing longer to heal and more therapy sessions.

A physiotherapy session will involve an assessment of the range of motion and performance of light exercises to determine the level of functionality of the arm. Part of the treatment may involve doing recommended exercises at least three times every day. Additional workout routines for the nearby joints may also be recommended to prevent disuse injuries.

Manual techniques may also be used during the subsequent sessions, especially on the injured joint’s areas. This ensures the connective tissues are not affected by stiffness. There will be other visits to monitor how stable the ligaments are and if they are healing properly. The range of motion will also be under constant monitoring, with stretching exercises conducted regularly. The professional may also use your tolerance level to determine the progress. If the pain is too much, interferential current and acupuncture may be applied. Taping and bracing may also be used if necessary.

What to Avoid with Dislocated Elbow

It may be tempting to move the arm as a form of exercise when it is still under a sling, but that is one of the biggest mistakes to avoid. Such actions and going overboard with exercise routines can result in re-dislocation of the joints.

At the same time, immobility after the sling is removed can also have detrimental effects. Try to move the arm to avoid losing your range of motion, but make sure you follow the healthcare provider’s recommendations.

Seeking medical care after an elbow dislocation is crucial, but you can start by putting some ice on the injured part. It will reduce swelling before you see a professional for a comprehensive assessment and treatment prescription. You can also try to:

Seek immediate help if any of these is impossible or very difficult.

Unless a surgical procedure is done, you will be given some exercises to perform several times a day.

It involves turning the wrist, so the thumb faces up, then bending and straightening the elbow.

Slight discomfort at the end of the exercise is normal, but sharp pain is a sign that the joint has not recovered.

Active range in motion in underpronation

With this exercise, you turn your wrist, so the palms face upwards. You then straighten and bend the elbow within the available range. Stop if you feel a sharp pain.

Active range in motion in pronation

This exercise involves turning the wrist, so the palms face the floor, then bending and straightening the elbow in the available range. A little pain is normal, but extreme pain should be checked out by a professional.

Dislocated Elbow Recovery: How Long Will it Take?

For most people, recovery takes between one to two months. However, the duration may differ depending on the extent of the injuries and how each body reacts to the treatment. The recovery period may also be influenced by the injured hand. In most cases, the dominant hand takes longer to recover than the non-dominant one, especially if you participate in sports.

Even if the symptoms, along with the pain, reduce within the first 6 weeks, healing will continue to take place long after that.  For injuries that are rectified through surgery, the recovery period will be at least 3 months. The first week of elbow recovery is about regaining the range of motion and strengthening the arm to prepare it for regular activity.

The type of dislocation suffered will also determine the period taken before full recovery, but you can reduce that duration by performing the recommended exercises and following the laid-out instructions. Even so, you should remember that a simple dislocation will take shorter to heal than a complicated one that involves bone fracturing or nerve damage. Stiffness and residual pain that lingers long after the two- or three-month period is also normal. Chances of re-dislocation are also higher with elbows than other parts of the body like shoulders.

After seeing the physiotherapist or chiropractor, you may be asked to consult an orthopedist. In the meantime, you must wear the splint, avoid moving the arm with the injured elbow too much, and raise the hand whenever possible. Using ice to reduce inflammation is also a good idea.

To avoid re-dislocation, do not outstretch your arm in case of a fall, and try to avoid situations that might increase the chances of such accidents, such as walking on slippery floors or in the dark.

The bone is likely to start healing within three to 5 days, but you should not strain the arm too much. At CP Health, our physiotherapists recommend exercises that promote recovery while limiting the lasting negative effects of the injury. Call us today for a thorough assessment of your dislocated elbow.